88rising assembled some of the most iconic Asian artists from around the world and across generations. Artists included : Warren Hue, MILLI, BIBI, NIKI, Rich Brian, HIKARU UTADA, Jackson Wang, and CL & 2NE1

88rising assembled some of the most iconic Asian artists from around the world and across generations. Artists included : Warren Hue, MILLI, BIBI, NIKI, Rich Brian, HIKARU UTADA, Jackson Wang, and CL & 2NE1 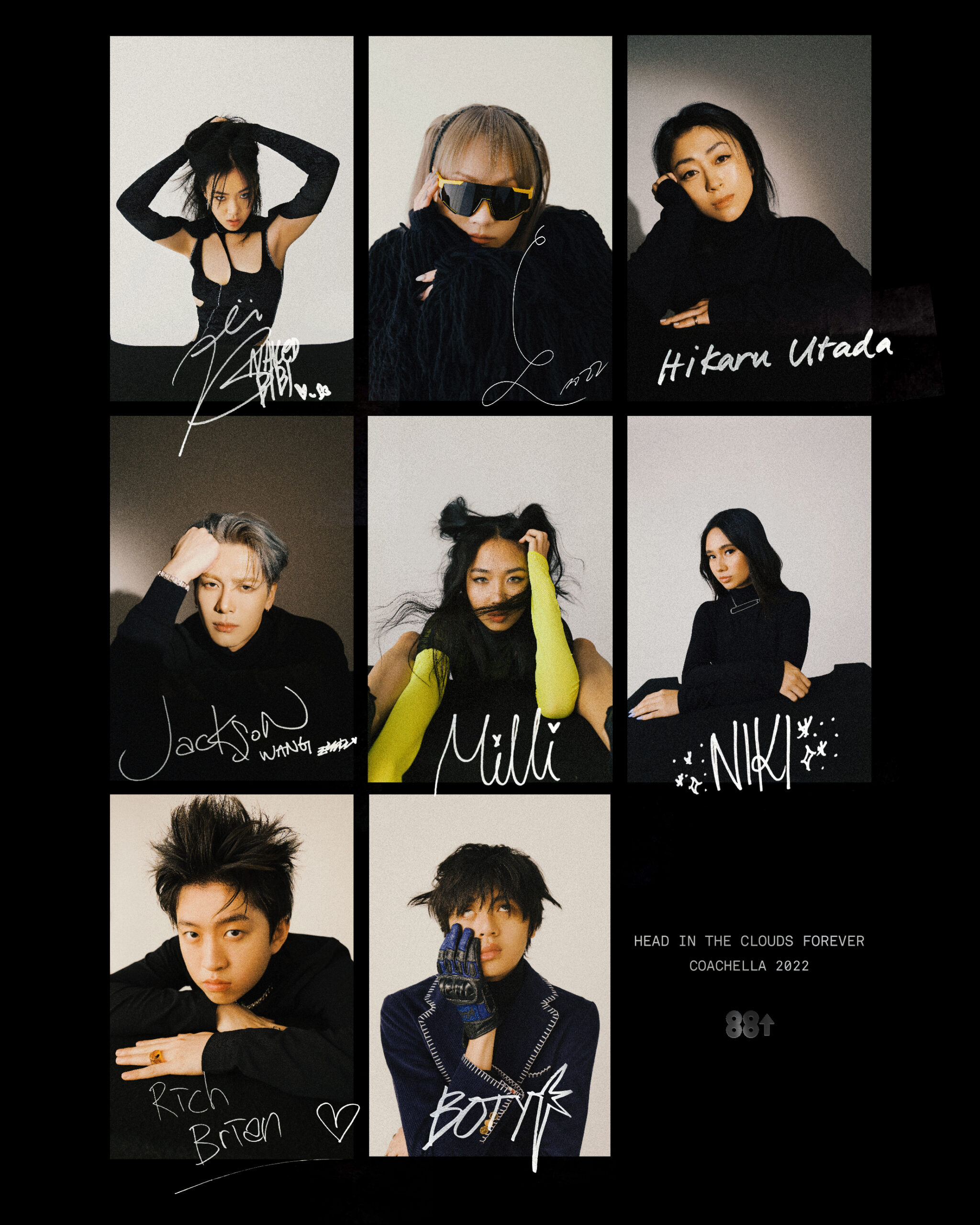 88rising – the pioneering and internationally-renowned music and media company amplifying Asian talent and culture – wrapped their historic Head In The Clouds Forever performance on Coachella’s main stage. The 80-minute ensemble performance was the first time in Coachella’s history that a record label has been given an official performance slot to showcase artists.

88rising assembled some of the most iconic Asian artists from around the world and across generations. Artists included (in order of appearance): Warren Hue (Indonesia), MILLI (Thailand), BIBI (Korea), NIKI (Indonesia), Rich Brian (Indonesia), HIKARU UTADA (Japan), Jackson Wang (China), and CL & 2NE1 (Korea). A full setlist from the show is available below; click HERE to read more about each of the participating artists.

The program notably featured the long-awaited return of the “Queens of K-Pop,” 2NE1, who reunited for the first time on stage in 7 years to perform their seminal hit “I AM THE BEST.” The set also highlighted “J-pop royalty” HIKARU UTADA in their first-ever festival performance. Head In The Clouds Forever was supported by an inspiring cast of dancers, featuring choreography from world-renowned dance crew The Kinjaz and Madison Olandt. Symphonic sounds from a 15-piece orchestra also amplified NIKI’s performance, and immersive visuals directed by multi-disciplinary visual artists Curry Tian and Daniel “Cloud” Campos effortlessly tied the program together.

Head In The Clouds Forever also premiered never-before-heard music live on stage. To commemorate this incredible moment, 88rising has released a companion compilation also titled Head In The Clouds Forever, available now on all streaming services. The project includes “froyo (feat. Warren Hue)” by Rich Brian and BIBI, “T” by Hikaru Utada and Warren Hue, and “Best Lover” by BIBI.

In addition to their presence at the festival, 88rising is hosting a weekend-long celebration in the desert at their very own Cloud Mansion and boasting musical acts such as Luna Li, Warren Hue, Yeek, and Shotta Spence. The gathering is sponsored in part by Honda, Amazon Music, Johnnie Walker, and Year Of, 88rising’s new hard seltzer brand.

Stay tuned for new surprises ahead from 88rising’s main stage performance during the festival’s second weekend. 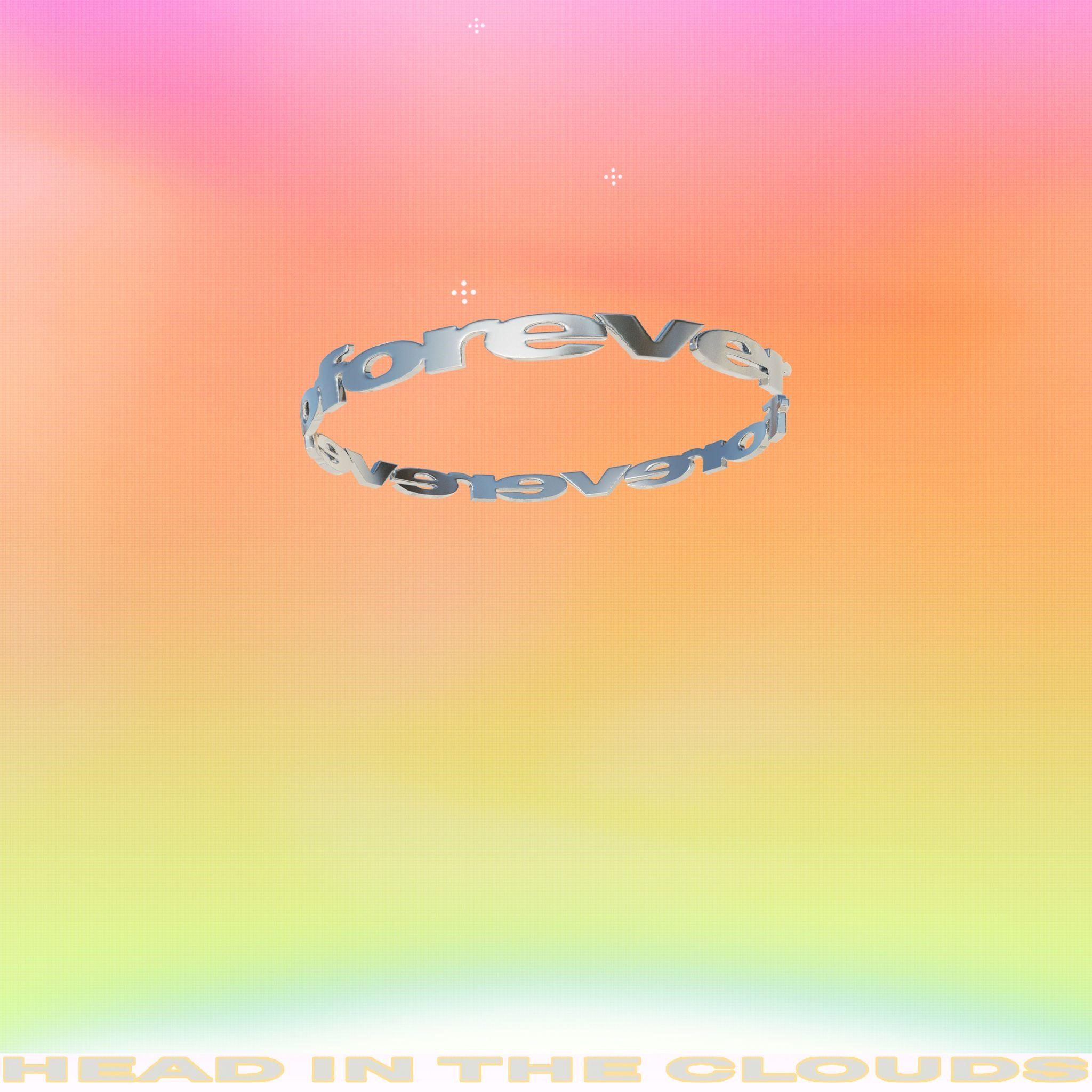 Head In The Clouds Forever tracklist

Head In The Clouds Forever setlist: